Please enter your e-mail address here if you would like to receive our newsletter.

Verse of the day 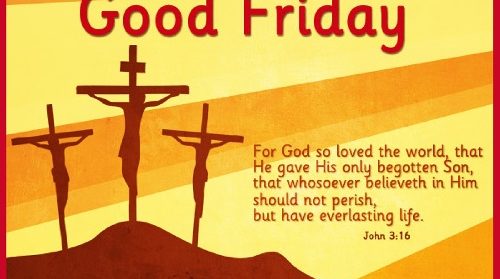 THE SILENCE OF THE LAMB

27 Then the governor’s soldiers took Jesus into the Praetorium and gathered the whole company of soldiers around him. 28 They stripped him and put a scarlet robe on him, 29 and then twisted together a crown of thorns and set it on his head. They put a staff in his right hand. Then they knelt in front of him and mocked him. “Hail, king of the Jews!” they said. 30 They spit on him, and took the staff and struck him on the head again and again. 31 After they had mocked him, they took off the robe and put his own clothes on him. Then they led him away to crucify him.

The Crucifixion of Jesus

32 As they were going out, they met a man from Cyrene, named Simon, and they forced him to carry the cross. 33 They came to a place called Golgotha (which means “the place of the skull”). 34 There they offered Jesus wine to drink, mixed with gall; but after tasting it, he refused to drink it. 35 When they had crucified him, they divided up his clothes by casting lots. 36 And sitting down, they kept watch over him there. 37 Above his head they placed the written charge against him: this is jesus, the king of the jews.

38 Two rebels were crucified with him, one on his right and one on his left. 39 Those who passed by hurled insults at him, shaking their heads 40 and saying, “You who are going to destroy the temple and build it in three days, save yourself! Come down from the cross, if you are the Son of God!” 41 In the same way the chief priests, the teachers of the law and the elders mocked him. 42 “He saved others,” they said, “but he can’t save himself! He’s the king of Israel! Let him come down now from the cross, and we will believe in him. 43 He trusts in God. Let God rescue him now if he wants him, for he said, ‘I am the Son of God.’” 44 In the same way the rebels who were crucified with him also heaped insults on him.

The Death of Jesus

47 When some of those standing there heard this, they said, “He’s calling Elijah.”

48 Immediately one of them ran and got a sponge. He filled it with wine vinegar, put it on a staff, and offered it to Jesus to drink. 49 The rest said, “Now leave him alone. Let’s see if Elijah comes to save him.”

50 And when Jesus had cried out again in a loud voice, he gave up his spirit.

51 At that moment the curtain of the temple was torn in two from top to bottom. The earth shook, the rocks split 52 and the tombs broke open. The bodies of many holy people who had died were raised to life. 53 They came out of the tombs after Jesus’ resurrection and[e] went into the holy city and appeared to many people.

54 When the centurion and those with him who were guarding Jesus saw the earthquake and all that had happened, they were terrified, and exclaimed, “Surely he was the Son of God!”

55 Many women were there, watching from a distance. They had followed Jesus from Galilee to care for his needs. 56 Among them were Mary Magdalene, Mary the mother of James and Joseph, and the mother of Zebedee’s sons.

The burial of Jesus

57 As evening approached, there came a rich man from Arimathea, named Joseph, who had himself become a disciple of Jesus. 58 Going to Pilate, he asked for Jesus’ body, and Pilate ordered that it be given to him. 59 Joseph took the body, wrapped it in a clean linen cloth, 60 and placed it in his own new tomb that he had cut out of the rock. He rolled a big stone in front of the entrance to the tomb and went away. 61 Mary Magdalene and the other Mary were sitting there opposite the tomb.

The guard at the tomb

62 The next day, the one after Preparation Day, the chief priests and the Pharisees went to Pilate. 63 ‘Sir,’ they said, ‘we remember that while he was still alive that deceiver said, “After three days I will rise again.” 64 So give the order for the tomb to be made secure until the third day. Otherwise, his disciples may come and steal the body and tell the people that he has been raised from the dead. This last deception will be worse than the first.’

65 ‘Take a guard,’ Pilate answered. ‘Go, make the tomb as secure as you know how.’ 66 So they went and made the tomb secure by putting a seal on the stone and posting the guard.

THE SILENCE OF THE LAMB

Karen and I have been watching The Crown recently and we are currently at the early years of the reign of the Queen and one comment that the Queen made was that the her right response was to do nothing i.e. silence. If you have read chapters 26 and 27 of Matthew’s gospel what is so striking is that Jesus the King in the face of all that is being done and said to him, is responding either with a few words or mainly silence. So as we reflect on today’s passage, let’s consider the silence of the lamb.

Jesus has just been flogged. Typically this would involve two soldiers, trained in exacting the maximum pain. The whips would have pieces of metal and bone sown in and when the whip was cracked it would encircle Jesus with the metal and bone embedding itself into Jesus’ back like a fish hook in a finger. The whip would then be pulled back, ripping flesh off Jesus. The Romans would often whip their victims 39 times – 40 less one, because they thought by taking one off they were being merciful. People who were whipped would sometimes die from this – the blood loss and shock was sufficient as bone and organs would often be exposed from the whipping. It was barbaric. But Jesus says nothing.

Then the soldiers mocked Jesus by dressing him up like a king. In a mock gown, a mock crown and a mock staff. But what type of king is this? A king who says and does nothing.

They make their way out of the city to Golgotha. Typically there would be four soldiers in a diamond formation; one at the front, one behind and two either side with Jesus in the middle carrying his cross. As this procession of death started to make its way up the steep hill to Golgotha it became apparent that Jesus could not physically carry the cross. Clearly the soldiers won’t carry it. So they look around and see Simon of Cyrene and they force him to carry the cross. I wonder what Simon thought at that moment? You can be sure that when they asked him to carry the cross – that was the last thing he wanted to do. But in the years to come, I wonder – did he look back and reflect that that was the most precious and poignant moment – where he carried his Saviour’s cross? And when he went to where he was staying that night and removed his clothes, he would have found that they would be imprinted with the blood of Jesus.

They arrive at Golgotha and they watch Jesus being crucified. And whilst Jesus hung there, they divided up his blood soaked clothes. People walked past and hurled insults at Jesus; Jesus says nothing. The chief priests, the teachers of the law and elders mock Jesus; he says nothing. Even the robbers crucified with him mock him. He says nothing. Not once does Jesus respond during this mocking. He is silent.

Then as Jesus hangs on the cross, blackness came over the land. For three hours, they are covered in darkness. Then in the midst of this darkness, a voice can be heard: “My God, my God – why have you forsaken me.” It’s the voice of Jesus but even in that moment as his physical strength is being sapped, even in that agony, he is quoting scripture: Psalm 22 verse 1. And then after a loud cry, Matthew writes – Jesus gave up his spirit.

What is so striking reading these two chapters is how Jesus responds. What is so apparent is that Jesus seems either to do nothing to stop each step of the journey from the anointing at Bethany through to Calvary; indeed he seems almost to do everything to make sure he goes to the cross.

When the High Priest questions him, Jesus words only seem to inflame the situation. When he is being cross examined by Pilate, Jesus barely says a word. Reading this ad other passages, it is clear that Pilate was highly reluctant to go through with the crucifixion of Jesus and all Jesus needed to do was to say something – anything – and surely that would have been enough? Jesus could have suggested Pilate speak to his disciples. Or others who knew him. But no – he says barely a word. And even when he is being mocked, Jesus says nothing. In fact Jesus only seems to say something right at the end. Why?

Have you ever been accused of doing something of which you are totally innocent? Everything in you rails at the injustice of it. So what do you do? Well – you put them right or to put it in legal language: you justify yourself. So why didn’t Jesus put himself right? Why didn’t Jesus justify himself?

1 Peter 3: 18 says: For Christ also suffered once for sins, the righteous for the unrighteous, that he might bring us to God.

This sin we talk about – at its essence it is about us deciding for ourselves what is right and what is wrong. It means we can sit in the judgment seat and be above judgment ourselves. That’s why you will hear people say: “don’t judge me.” Sin is saying: I am in the judgment seat. In fact sin is ultimately us taking the place of God. But Good Friday we see what salvation is – or God’s plan to save people. And if sin is us taking the place of God; then salvation is God in Jesus substituting himself for us.

So we see God in his great kindness and mercy on Good Friday displaying to the whole world what he is like. A God of holy love and kindness and justice and mercy. As it is sung: “Amazing love – how can it be – that thou my God would die for me.”

I was speaking to a friend recently and he was explaining that the United States President has a number of secret service guards who know that one day they may have to take a bullet for the President. Well – Jesus knew all along that he would take the cross – but not for a powerful person nor even good people – but for people like you and me. That he might bring us to God.

Love so amazing – so divine

Demands my soul, my life, my all.

This site uses Akismet to reduce spam. Learn how your comment data is processed.